In August 2020 Valerie had visited Pos Woh village in Perak state, and while talking to the villagers she found out that one of the biggest concerns among them is their children’s education. Even though some children attend local schools in the nearby villages, it is hard for them to keep up with the other kids, especially in their English classes, since there is no Internet connection at the village. Also, Semai families cannot afford to buy laptops or tablets, that most of their children’s more fortunate classmates use for their studies; it makes Orang Asli children fall way behind in their school program. Most of them could barely read, some of them didn’t know the alphabet.

Initial work in a couple of months had shown that the students in Pos Woh are talented and keen to learn, the results were astounding. Children who barely knew the alphabet could operate simple sentences in just 8 weeks.

Although the main focus is on the English programme, the education centre also provides workshops and classes for the number of academic subjects – geography, biology, physics, chemistry, mathematics and astronomy.

Apart from providing education for Orang Asli children, the centre, and its crew has been serving the community of Pos Woh village in many ways – by providing  humanitarian AID for over 100 families, distributing personal hygiene items, holding workshops for women, organizing events for the children and by providing food and basic medical care for the homeless animals.

To keep the education centre thriving, more wonderful people have joined the project and began actively helping from all over the world!

Our vision is for our students to become confident and responsible individuals who would like to enthusiastically apply their newfound knowledge to outside the classroom. Having our students aspiring to become well-rounded individuals who want to make a difference and ultimately develop a life-long passion for learning is what we intend to achieve. We want to bring this vision to life by providing the necessary support for each student’s own needs and creating a positive atmosphere whereby the students not only feel comfortable to be themselves but so that they start each day with the attitude of looking forward to challenging themselves.

To create a caring learning environment for the students and to effectively address the individual needs for each student.

Fostering a sense of community within our center whereby our students strive to not only increase their knowledge but to also do what they can to assist their fellow students in the learning process and respect one another.

Pos Woh Education Center for Orang Asli was founded by Valerie, a woman who got stranded in Malaysia in March 2020 due to Coronavirus pandemic.

Valerie is an experienced humanitarian worker. Initially, she began her humanitarian aid volunteering with helping the Karen and Rohingya refugees in Thailand. She was involved with assisting refugees at the Ban Nai Soi Refugee camp from 2013-2016 and at the Mae La Refugee Camp from 2015-2017 (including a year of volunteering at both refugee camps). Afterwards, she came to Malaysia to volunteer at the Afghan Refugee Center in Kuala Lumpur. At both refugee camps and at the Afghan Refugee Center she was teaching and organizing humanitarian aid. Also while in Malaysia, she participated in humanitarian aid by assisting with the distributing of food and essentials to the villages of Orang Asli, the indigenous people of Malaysia.

Jenyles, 15 years old, likes learning and assisting in teaching at PWECOA. She lives at Kampung Pos Woh and went to school at SMK Sri Tapah. She assists the teacher in raising support funds for PWECOA.

Safina, 17 years old, lives at Kampung Pos Woh and enjoys being both a student and assistant teacher at the PWECOA. She has the goal of wanting to get high marks at the upcoming SPM exams.

A devoted wife and mother, she believes that the education centre is a life-changing project for the children of Pos Woh, including her 2 years old daughter. Wak Sipah volunteered to join PWECOA management team as the full-time project coordinator.

For our technical questions and the maintaining of our homepage, we have Pascal, our tech-guy.

Pascal is raised and live in Austria. He was always into technology, so he learned most of his technical knowledge on his own. Now he works as an IT-Specialist for an international company from Norway as well as a part-time Web-designer and Blogger.
Valerie and he met in Thailand, while Pascal travelled the world. They talked about helping others since the first lunch they had together, and now they are here, trying to have an impact on this planet. 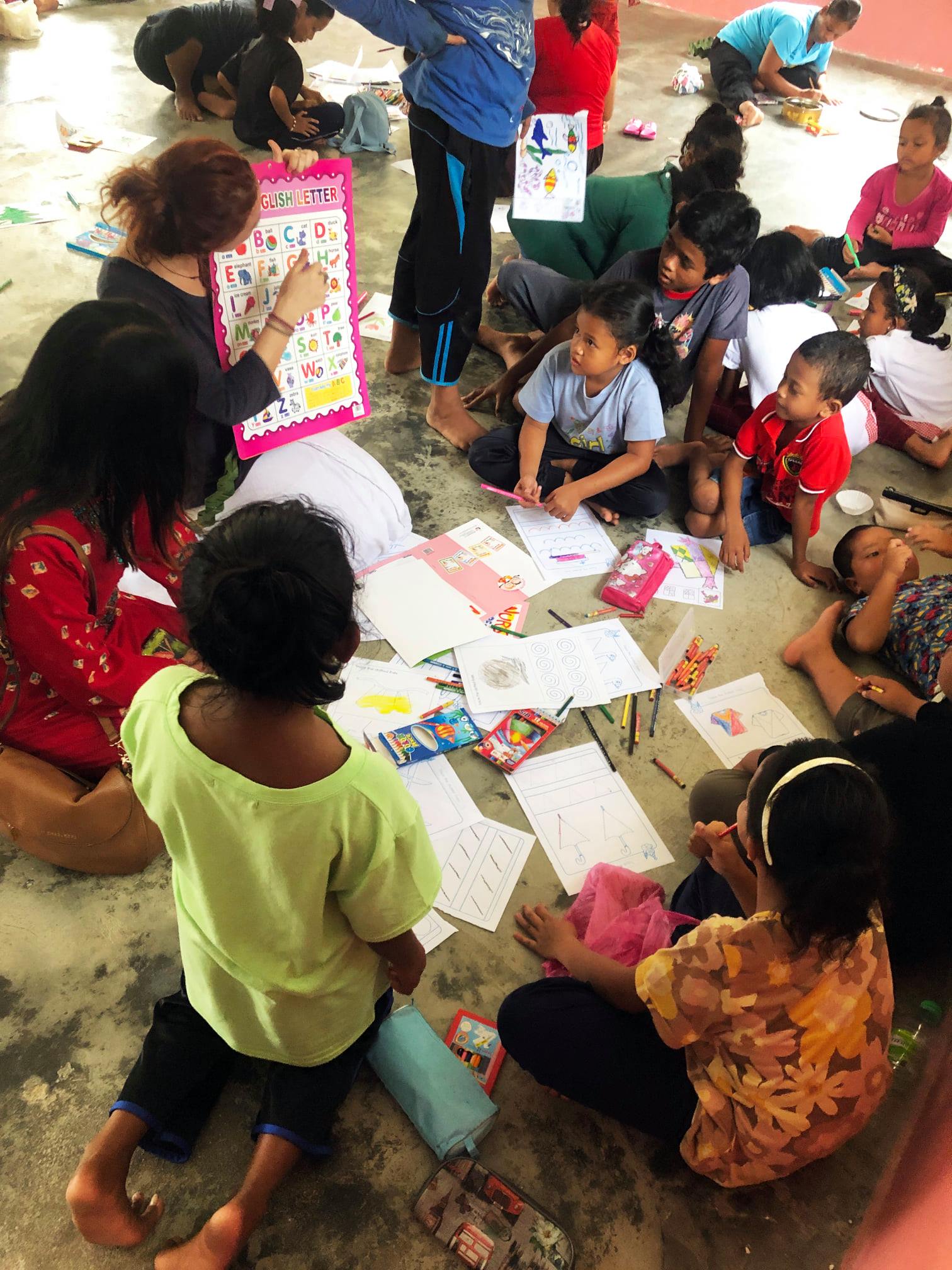 They Need Your Help!

A small amount can change the world for them.